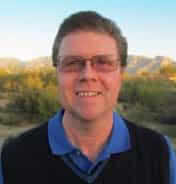 Mr. Kelly started his career working summers as a groundskeeper at a 1,104-unit apartment community while attending the Stephen M. Ross School of Business at the University of Michigan. Graduating in 1982 with his Bachelor’s Degree in Business Administration, Jeff started working full time as a Manager Trainee, where he learned the basics of leasing, marketing, bookkeeping and maintenance. He was quickly promoted to the position of Property Manager at a 604-unit community in Columbus, Ohio, where he coordinated a turnaround project that moved the property from 75% occupancy to 95% occupancy in less than a year.

The excitement of using a variety of business skills and seeing firsthand how they could positively impact the physical and financial condition of a real estate investment, while at the same time improving the living conditions of the residents who made their homes there, had Jeff hooked on a career in property management.

Since that time, Jeff has held a wide variety of corporate and senior level positions with local and national companies; supervising portfolios ranging in size from 800 units to 80,000 units while working as a Senior Officer of such well known companies as Hall Financial Group, Insignia Management Group, Fogelman Management, Tucson Realty & Trust Company, and Sullens & Euchner, Inspired Management Services.

Few individuals are able to bring the level of hands on experience, commitment, leadership, and success that Jeff brings to the clients and customers of SPECTRUM Real Estate Services.

An entrepreneur by nature; experience; and desire. Through Spectrum Real Estate Services, Gary brings together and focuses all his years of real estate experience into a full service real estate company offering management, brokerage, development, and consulting in most dimensions of real estate.

The fun began after obtaining an MBA from Haworth School of Management at Western Michigan University. Gary laid a foundation for future real estate work by being an appraiser for a year, then began working for two years as an industrial broker for the largest industrial/commercial brokerage company in the Detroit area. He then joined Butcher and Associates as a partner where they developed two shopping centers and managed a six story office building. The company was on the cutting edge at the time, and developed some of the first condos/condo conversions in the state of Michigan.

He moved to Tucson in 1976 and has now had 39 years of experience in all aspects of commercial real estate in the Arizona market place.

- Coronado properties completed over $21 million of real estate investment, brokerage, and land syndication in the 80’s and 90’s and completed a 246 unit condo conversion.

- Globus Equities invested in a wide variety of projects including Gold/gold mining, international investment funds, as well as energy and infrastructure and development.

He has been the partner in two major real estate development firms which have developed and managed apartment properties, shopping centers and major land development. In addition, these companies completed three condo conversions. Gary has been involved in the conversion of almost 750 condo units in his real estate career.

In the mid-80s along with a partner, he co-founded and developed a chain of highly profitable fitness centers in Arizona, which eventually grew to seven locations throughout the state. He focused on real estate site selection, lease negotiation, strategic marketing, financial and corporate guidance. Those were sold in 2003.

He is presently one of the owners of Eagle On-Site, a business offering mobile video site security with Internet-based monitoring for construction sites. 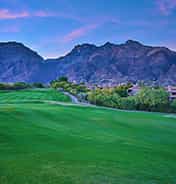 Jeanine Bradley was born and raised in Tucson, where she also started her real estate career in the hospitality industry doing sales for a Tucson Apartment Hotel that rented out over 160 units throughout the metropolitan area. She later took a position with Embassy Suites as their Sales Manager where she was soon promoted to the Director of Sales. After several years with the company in Tucson, she moved north as the Director of Sales and Marketing for the Embassy Suites Hotel in North Phoenix, which is a class A hotel comprised of 314 suites and 20,000 square feet of meeting space.

Jeanine has always remained focused on the needs of the customer in the travel industry as she has enjoyed a remarkably successful career, working with such well-known names as Hilton Hotels, the Registry Resort, Westward Look, and the Omni at Tucson National.

In 2009 we were fortunate to have Jeanine join us at Spectrum Real Estate Services, where she has been the senior manager over our furnished and unfurnished rental portfolio, as well as the Greens at Ventana Canyon Condominium Association as it went through the challenging transition from developer to homeowner supervision and control. Over the past 11 years, she has been instrumental in growing the management portfolio, while also developing key relationships with Wholesale Canadian Tour Operators, Corporate Rental Clients, Insurance Companies, and Relocation Companies.

As a licensed Realtor in the State of Arizona, Jeanine has also been a key factor in over 40 successful sales transactions on the Brokerage side of our company.